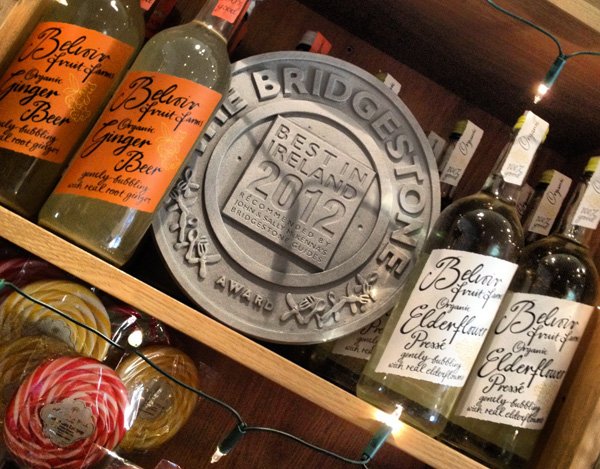 Posted at 09:00h in Reviews by niallflynn

WOW. Five years running Kennedys Food Store and Bistro have picked up
the ‘Best in Ireland‘ plaque from The Bridgestone Guide. We are so
thrilled, this award represents a benchmark in food quality, sourcing
and preparation…Many thanks to Sally and John McKenna….we’ll
continue to work hard to keep it!

They also left this nice review…

[quote] Catherine Cleary, in The Irish Times, put her finger on the importance of local food specialists such as Kennedy’s of Fairview. A small, friendly restaurant, she wrote “feeds the longing to connect and belong”. Aha, so Kennedy’s feeds you once, and then feeds you twice: food for the body, and food for the (social) soul.

And Sarah Kennedy does all this at terrific prices: “not much more than a splurge at the local takeaway” wrote Ms Cleary, and this keen pricing is a vital element of what makes Kennedy’s such a local treasure. Leslie Williams was so impressed he reckoned every community needed a Kennedy’s. Aingeala Flannery in The Irish independent reckoned it was worth leaving your own neighborhood to eat in a neighborhood resturant like this. So, let’s start a campaign to make having Kennedy’s a constitutional right, but meantime let’s head upstairs to eat: pumpkin risotto with fried sage leaves; lemon sole with sautéed potatoes; rib-eye with bearnaise and their brilliant potato wedges; duck with Savoy cabbage. And on the way out, let’s buy dinner. Lucky Fairview. [/quote]

Check it out here http://www.bestofbridgestone.com/recommendations/kennedys-food-store